Anastasya Kizilova is going to tell about her project Good Evening, Mr Orwell! 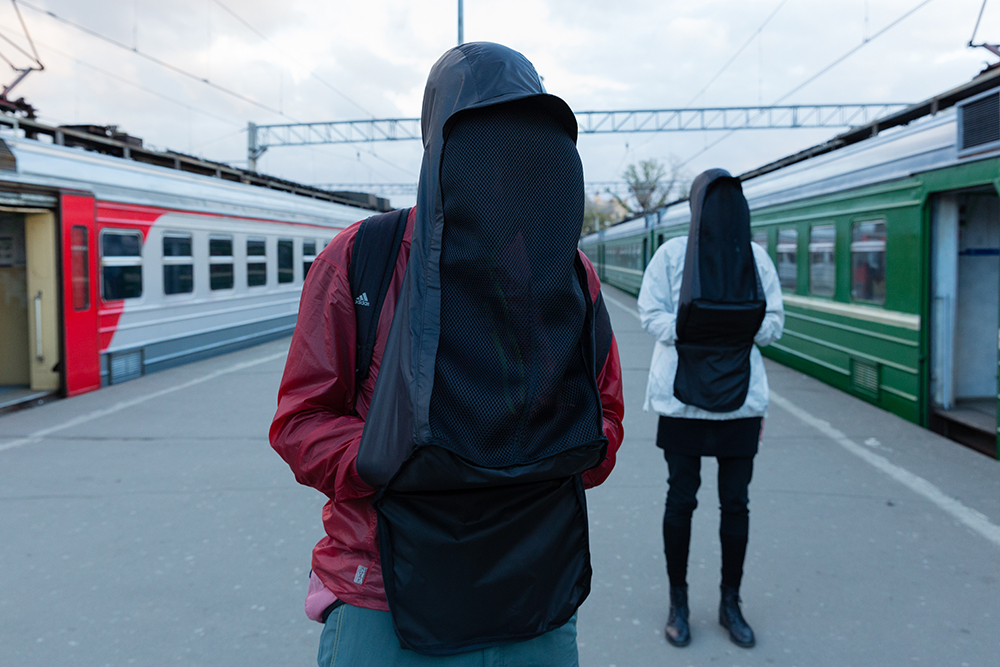 23 April at 6 pm Anastasya Kizilova is going to tell about her project Good Evening, Mr Orwell!
During the lecture-performance the artist will speak about science fiction as a means of foreseeing the past, about the strategies of survival in the precarious galaxy of internal limitations, about the doubles and the bites of mirrors, about compost as the meaning of life, and playing hide-and-seek with your own rules. She will present her past works, which has acquired a new dimension in the times of self-isolation. How does it feel to wake up one evening and understand that woven reality is closer than ever?

During the meeting “an open mike” will be functioning, we will get communication channels going, we will talk about the formal side of interfaces and the hidden potential of postponed meetings.
Photo: Olga Belova, documentation of the intervention SHORKA at Kursk Railway Station, 2017.
Anastasya Kizilova is an artist, futurologist, social anthropologist, generator of alternative economic strategies. In 2013 Anastasya presented the project The Artist’s Uniform, the main goal of which was to interact with professionals from the arts system. In 2015 she co-organized the horizontal initiative The Flying Cooperation. The project brought together young artists born on the territory of the former Soviet Union (Belarus, Russia, Ukraine), facing the problems of volatile and unpaid labor situation in the cultural industry. Cooperation develops “open” economic models of survival in the liquid and flat neoliberal world.
Since 2016 Anastasya has been putting together an archive of unimplemented artistic ideas FOUND PROJECT: artists are encouraged to contribute their ideas anonymously so that anyone could implement them. At present Anastasya explores the solidarity economy in the European project RESHAPE.