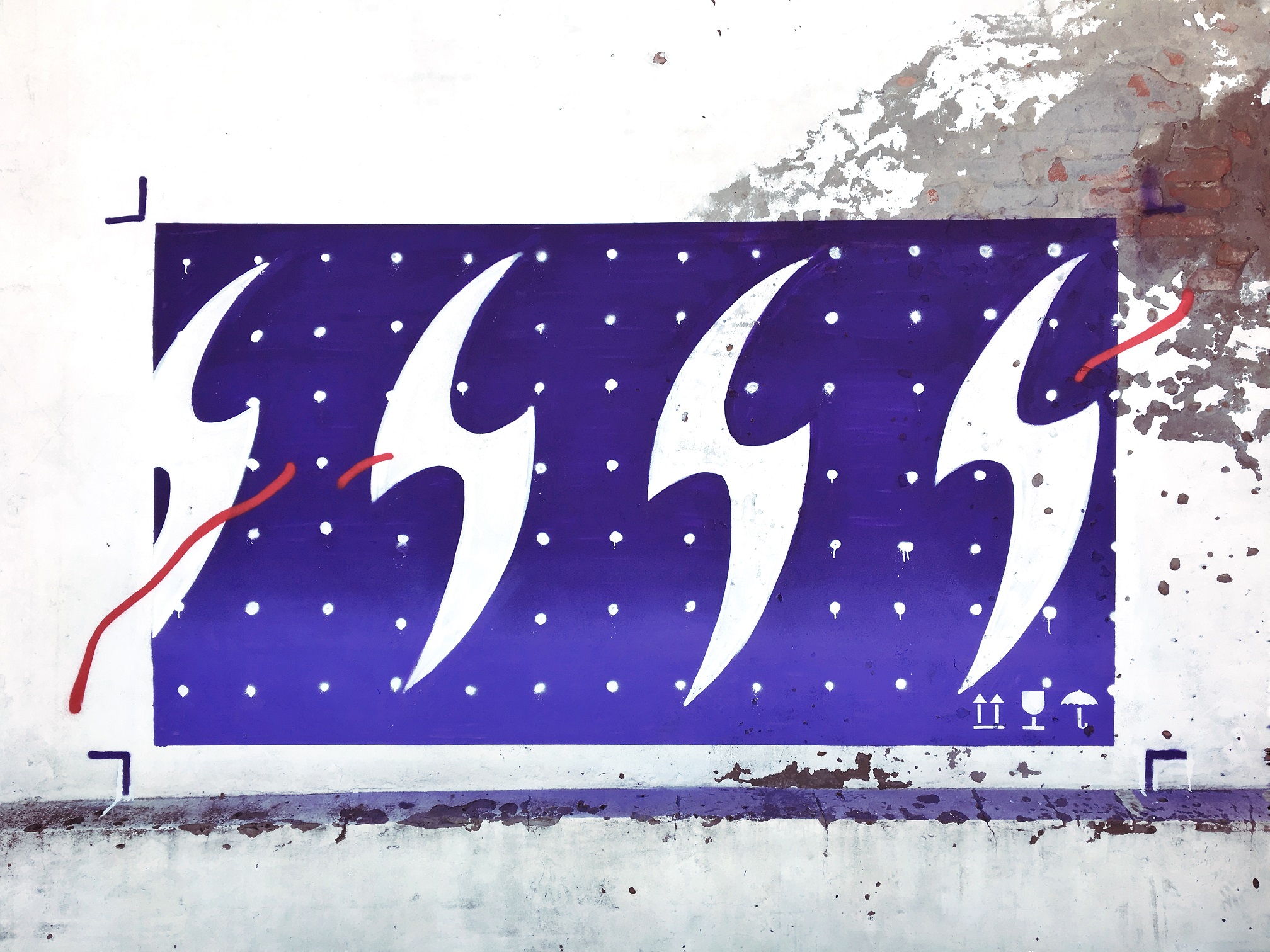 29 January at 7 pm we are pleased to invite you to the exhibition Transforming the Highlighted Area, the outcome of the residency of Misha Goodwin.

Fences, construction areas, hedges, trespass warnings – all of these surround us in large cities and provincial towns. “Stop!” “Don’t enter!” “The floor is clean, don’t walk in here!” “Private property, no trespassing!” All of these signs go hand in hand with drab residential areas and never-ending construction. However, colorful interventions from the digital milieu manage to break through the city’s industrial membrane. The surface of the puddles, which are blocking the passage, turns into an alpha channel. There are digital forms on the protective net – models from 3D editors, images, which serve as references to an Internet subculture: webpunk. On the marble and granite, once used to face the buildings, we can now see new symbols of modernity – either png images from the web or vector forms from graphics editors.

“… There is no longer any difference between the material and the digital. The boundaries were blurred long ago and now we find ourselves in a softwarized world, where material objects and services
(such as a shop or a railway ticket office) were turned into digital programs long ago. I suggest that we document the kind of modernity, where the digital is no longer new and the human milieu has been combining the features of material and digital spaces for a long time. For instance, when we are walking down the street, our consciousness is equally divided between the place where we actually are and the mobile application we are using at the moment.
… In my works I am exploring the interaction between the street and digital milieu. I borrow images and forms from graphics editors: dashed highlighting, tools from the interface of programs, the alpha channel, and etc. Further they are physically materialized with the help of aerosol and acrylic paints, similarly to graffiti on the bodies of urban objects and industrial textures.”